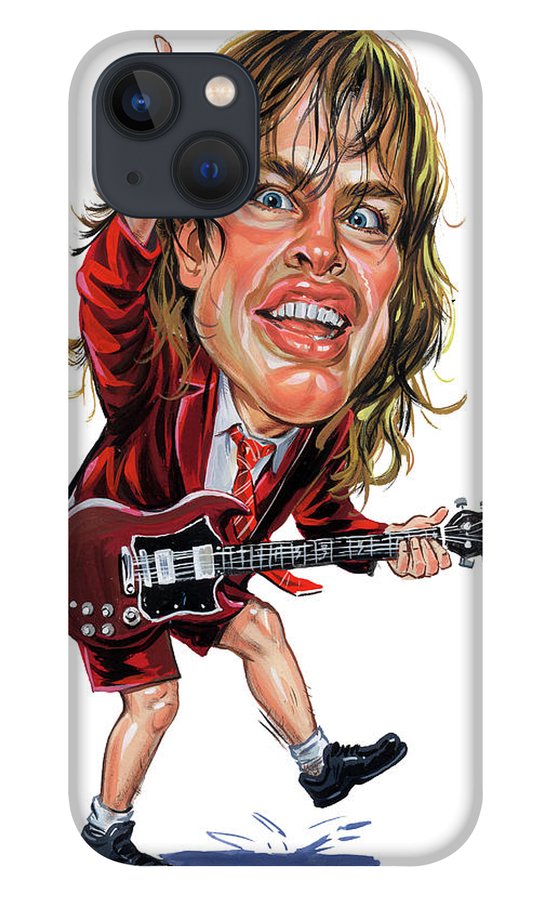 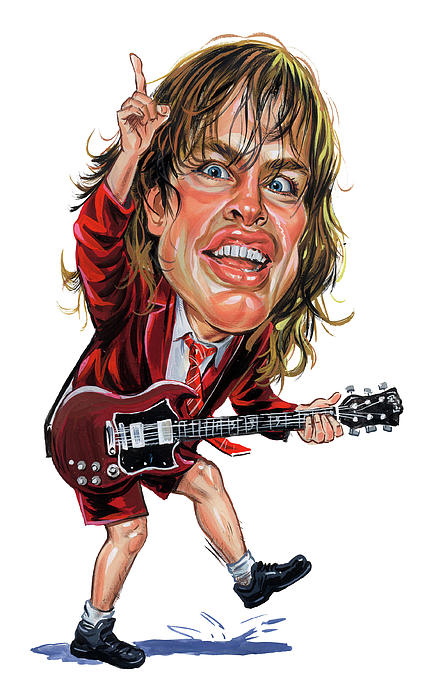 Angus Young iPhone 13 case by Art .   Protect your iPhone 13 with an impact-resistant, slim-profile, hard-shell case. The image is printed directly onto the case and wrapped around the edges for a beautiful presentation. Simply snap the case onto your iPhone 13 for instant protection and direct access to all of the phone's features!

Angus McKinnon Young (born 31 March 1955) is a Scottish-born Australian musician, and the lead guitarist, songwriter, and co-founder of the hard rock... more

Congrats on your sale!

Fabulous Congratulations ~ funny story I met Angus and his band back stage in Boston long ago. A friend of mine had parked at a warehouse and her car was towed. We were young and in college and went into the building to see what was round. Looked empty and at end of hallway was a room with a blinking light outside it on door. We approached and entered as silly kids. No one was round for the longest time. But in enters burly man and questions us. Rightly so too. We told him our predicament and were looking round after our car had been towed. He did not believe us and thought we were there cause of the rehearsing studio with AC/DC's bands equipment there. Ha! No kidding! We were clueless. He was so shocked we were not there for those reasons that he gave us a tour. I got to go and see the set up and touch Angus Young's guitar. He wasn't there at the time. However, the man who ran the rehearsal station brought us over for free to the club AC/DC was playing. No Kidding! Ha! We were taken back room where the band would come after their gig. Too Funny! I was at that time not really a true fan or listener to their music either. But it was so fun to be this preppy private college kid watching the scene unfold. The groupies they had were hilarious! Spandex animal print pats and teased hair. My friend and myself had our college backpacks looking so square. hahahah We met the whole band who came up to us where we were at a table in the back chillin. Must be nice to have a couple of girls not overly drooling over them. Too funny to this day just the thought of it all. All I kept thinking when in that back room was, "Geez what a tiny little man with cool high top sneaks."

Congrats on your sale!!!!

Protect your with an impact-resistant, slim-profile, hard-shell case.   The image is printed directly onto the case and wrapped around the edges for a beautiful presentation.   Simply snap the case onto your for instant protection and direct access to all of the phone's features!

Angus McKinnon Young (born 31 March 1955) is a Scottish-born Australian musician, and the lead guitarist, songwriter, and co-founder of the hard rock band AC/DC. He was inducted into the Rock and Roll Hall of Fame along with other members of AC/DC in 2003 and is known for his energetic performances, schoolboy-uniform stage outfits, and his popularization of Chuck Berry's duckwalk. In 2003, Rolling Stone magazine ranked Angus Young at # 96 in their list of the 100 greatest guitarists of all time. In 2011 he was ranked as the 24th best guitarist on their new list of 100 greatest guitarists. Source: Wikipedia.org