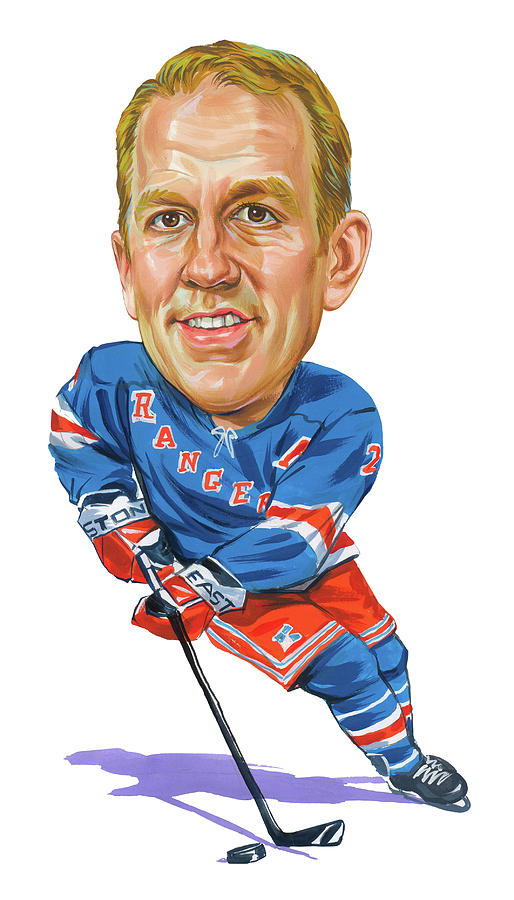 Brian Joseph Leetch (born March 3, 1968) is a retired American professional ice hockey defenseman who played 18 National Hockey League (NHL) seasons with the New York Rangers, Toronto Maple Leafs, and Boston Bruins. He is generally considered one of the top defensemen in NHL history, being particularly noted for his skating, offense, and playmaking abilities. He and fellow Rangers teammate Mike Richter were inducted into the U.S. Hockey Hall of Fame in 2008. Leetch was inducted into the Hockey Hall of Fame in Toronto the following year.
Leetch accumulated many individual honors during his 18-year career. He was a two-time Norris Trophy winner as the NHL's best defenseman (1992, 1997) and was the first American-born winner of the Conn Smythe Trophy as Playoff MVP for his brilliant play during the Rangers' run to the 1994 Stanley Cup Championship. (He held the honor of being the only American-born Conn Smythe winner until 2011, when Tim Thomas of the Boston Bruins won it.) He is one of only five NHL defensemen to score 100 points in a season with his 102-point campaign in 1991-92. He won the Calder Trophy as the NHL Rookie of the Year in 1989 and his 23 goals that season remain an NHL record for rookie defensemen. Leetch's number 2 was retired by the Rangers on January 24, 2008. During the ceremony, longtime teammate Mark Messier referred to Leetch as the single "Greatest Ranger of All Time." Source: Wikipedia.org