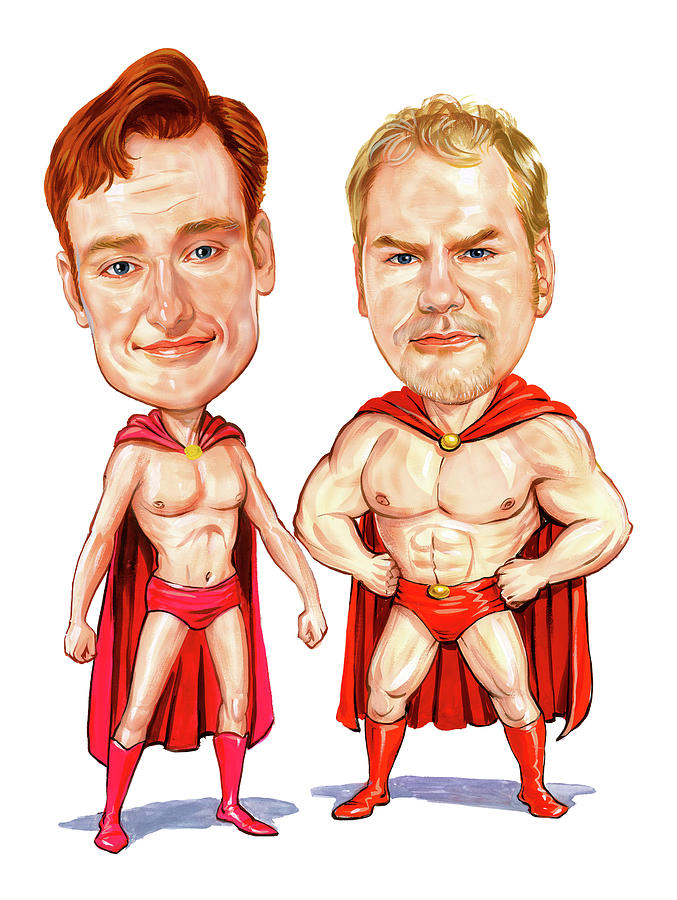 Pale Force was a series of short animations starring Jim Gaffigan that aired on Late Night with Conan O'Brien. Its humor was derived from "paleness" of both Gaffigan and O'Brien, as well as from portraying Conan as a weakling to poke fun at the real-life TV host on his own show. The animation was done by New Yorker cartoonist Paul Noth, and the original music was done by Patrick Noth.
Jim Gaffigan and Conan O'Brien are a crime-fighting duo with the "superpower" of paleness. They can also shoot lasers out of their nipples. They fight criminals such as Lady Bronze ("voiced by Eartha Kitt") and Philip Seymour Hoffman (who looks like Gaffigan). While there are a multitude of characters in the animations, most of the voice acting is done by Gaffigan. While Gaffigan is drawn as a muscular, tall man, O'Brien is scrawny and always crying and saying lines such as "Jim, help me!", and often wetting himself.
All the episodes are available on Pale Force's website, while some (usually the first part of a story) are shown when Gaffigan appears on O'Brien's show as guest. There, most of the dialogue between the two consists of Gaffigan trying to explain to O'Brien that his character is pivotal in the show. O'Brien frequently complains about how wimpy and incompetent his character is (he is not involved in the creation of the animation). One of Gaffigan's retorts to this was "if it's not true to life, people won't believe it."