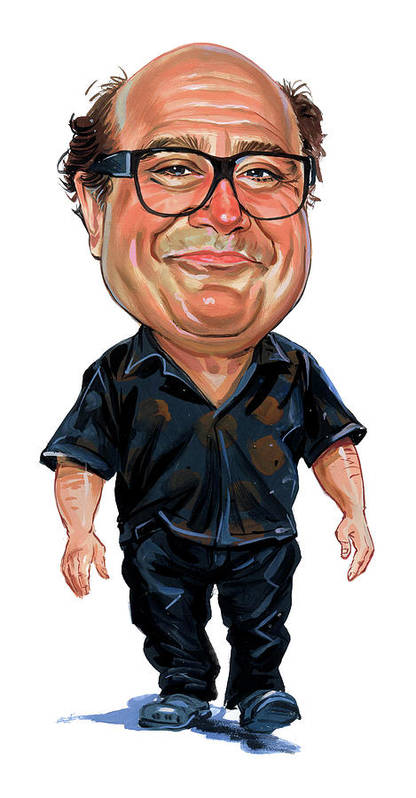 Danny DeVito poster by Art .   Our posters are produced on acid-free papers using archival inks to guarantee that they last a lifetime without fading or loss of color. All posters include a 1" white border around the image to allow for future framing and matting, if desired.

Daniel Michael "Danny" DeVito, Jr. (born November 17, 1944) is an American actor, comedian, director and producer. He first gained prominence for his portrayal of Louie De Palma on the ABC and NBC television series Taxi (1978-1983), for which he won a Golden Globe and an Emmy. DeVito and his wife, Rhea Perlman, founded Jersey Films, a production company known for films such as Pulp Fiction, Garden State, and Freedom Writers. DeVito also owns Jersey Television, which produced the Comedy Central series Reno 911!. DeVito and Perlman also starred together in his 1996 film Matilda, based on Roald Dahl's children's novel. He currently stars as Frank Reynolds on the FX sitcom It's Always Sunny in Philadelphia. Source: Wikipedia.org