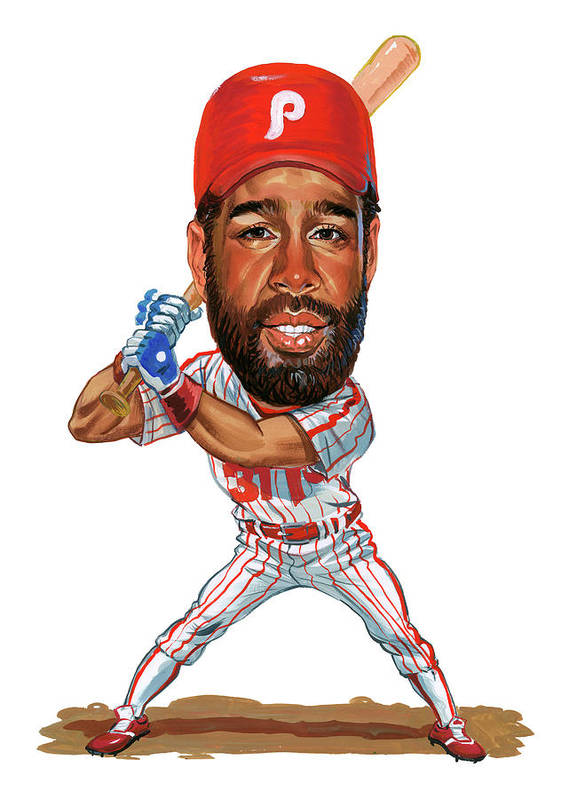 Garry Maddox art print by Art .   Our art prints are produced on acid-free papers using archival inks to guarantee that they last a lifetime without fading or loss of color. All art prints include a 1" white border around the image to allow for future framing and matting, if desired.

Garry Lee Maddox (born September 1, 1949 in Cincinnati, Ohio) is a former center fielder in Major League Baseball who was known for his outstanding... more

Garry Lee Maddox (born September 1, 1949 in Cincinnati, Ohio) is a former center fielder in Major League Baseball who was known for his outstanding defense. Dubbed "The Secretary of Defense," Maddox had such range in the outfield that Mets broadcaster Ralph Kiner commented, "Two-thirds of the earth is covered by water, the other one-third is covered by Garry Maddox." Maddox's speed and ability to go back on the ball enabled him to play shallow and catch many short flies that would otherwise have been hits. Using an unorthodox, spread-out batting stance, he established himself as a low-ball hitter who would seldom walk. When rookie Gary Matthews joined Maddox and Bobby Bonds in 1973, San Francisco had one of baseball's best outfields. Maddox batted .319 in 1973, reached double figures in doubles, triples, HR, and steals, and had a career-high 76 RBI. In 1975 Maddox was dealt to the Phillies for Willie Montanez and won the first of eight straight Gold Gloves; only Roberto Clemente and W...