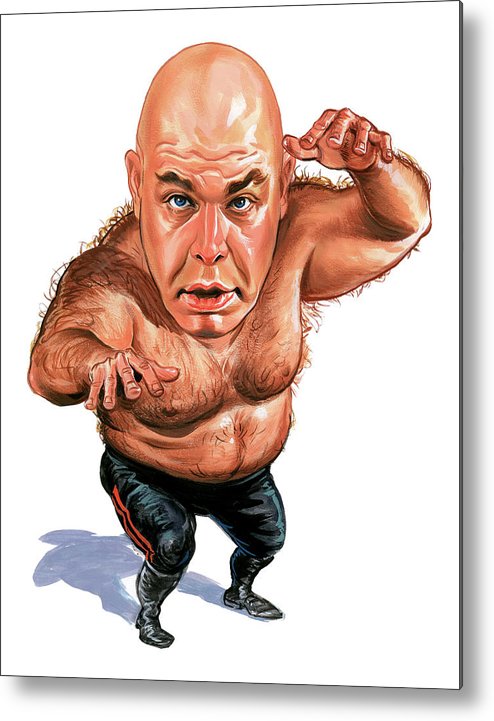 George The Animal Steele metal print by Art .   Bring your artwork to life with the stylish lines and added depth of a metal print. Your image gets printed directly onto a sheet of 1/16" thick aluminum. The aluminum sheet is offset from the wall by a 3/4" thick wooden frame which is attached to the back. The high gloss of the aluminum sheet complements the rich colors of any image to produce stunning results.

congratulations on your sale

William James Myers (born April 16, 1937), better known by his ring name George "The Animal" Steele is a former American professional wrestler and actor. Steele's career lasted from 1967 until 1989, though he made occasional wrestling appearances into the 1990s and 2000s. He also portrayed Swedish wrestler/actor Tor Johnson in Ed Wood, directed by Tim Burton and starring Johnny Depp. Source: Wikipedia.org