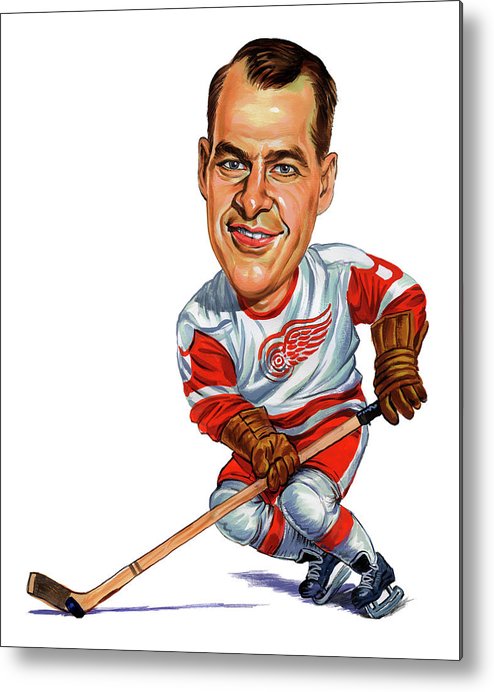 Gordie Howe metal print by Art .   Bring your artwork to life with the stylish lines and added depth of a metal print. Your image gets printed directly onto a sheet of 1/16" thick aluminum. The aluminum sheet is offset from the wall by a 3/4" thick wooden frame which is attached to the back. The high gloss of the aluminum sheet complements the rich colors of any image to produce stunning results.

Gordon "Gordie" Howe, OC (born March 31, 1928) is a Canadian retired professional ice hockey player who played for the Detroit Red Wings and Hartford Whalers of the National Hockey League (NHL), and the Houston Aeros and New England Whalers in the World Hockey Association (WHA). Howe is often referred to as Mr. Hockey, and is generally regarded as one of the greatest hockey players of all time. Source: Wikipedia.org