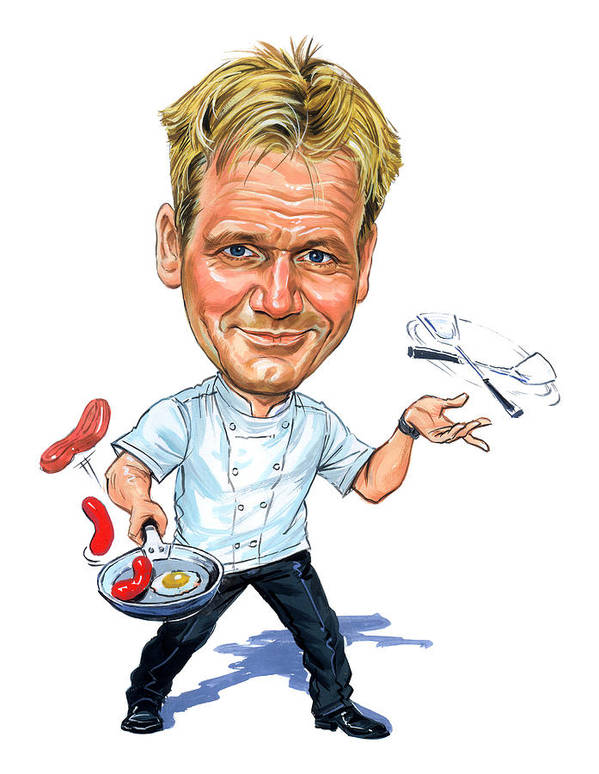 Gordon Ramsay poster by Art .   Our posters are produced on acid-free papers using archival inks to guarantee that they last a lifetime without fading or loss of color. All posters include a 1" white border around the image to allow for future framing and matting, if desired.

Gordon James Ramsay, OBE (born 8 November 1966) is a Scottish chef, restaurateur and television personality. He has been awarded 15 Michelin stars in... more

Excellent cartoon of the famous chef!

Love him! Nice work. Congratulations on your recent sale

Congrats on your sale!!

Wow! What a nice work! Congrats on your sale. l/f