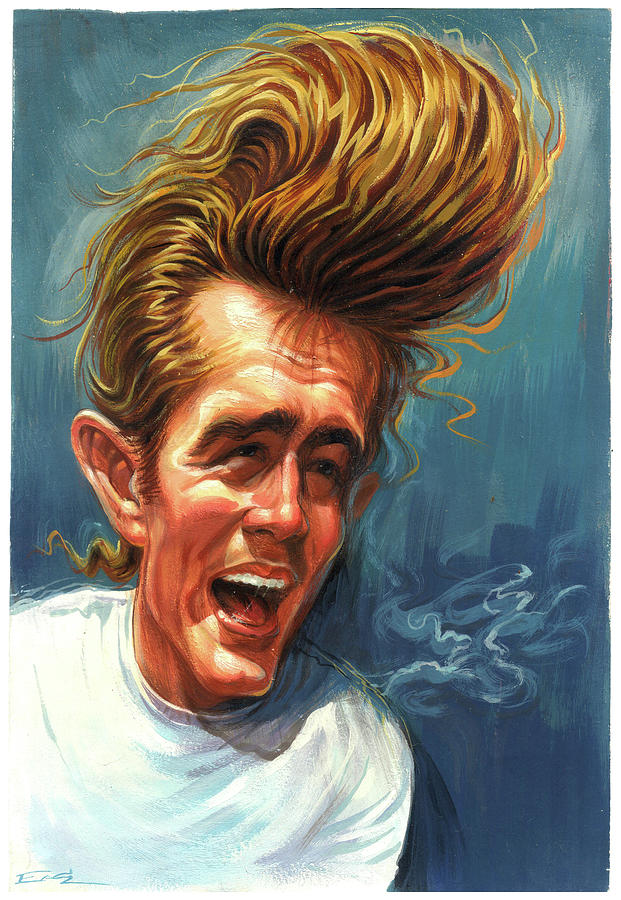 James Byron Dean (February 8, 1931 - September 30, 1955) was an American film actor. He is a cultural icon, best embodied in the title of his most celebrated film, Rebel Without a Cause (1955), in which he starred as troubled Los Angeles teenager Jim Stark. The other two roles that defined his stardom were as loner Cal Trask in East of Eden (1955), and as the surly ranch hand, Jett Rink, in Giant (1956). Dean's enduring fame and popularity rests on his performances in only these three films, all leading roles. His premature death in a car crash cemented his legendary status. Dean was the first actor to receive a posthumous Academy Award nomination for Best Actor and remains the only actor to have had two posthumous acting nominations. In 1999, the American Film Institute ranked Dean the 18th best male movie star on their AFI's 100 Years...100 Stars list. Source: Wikipedia.org

Congratulations on your sale of this wonderful painting!

Art is unquestionably one of the purest and highest elements in human happiness. It trains the mind through the eye, and the eye through the mind. As the sun colours flowers, so does art colour life. ― John Lubbock CONGRATULATIONS ON SALE!