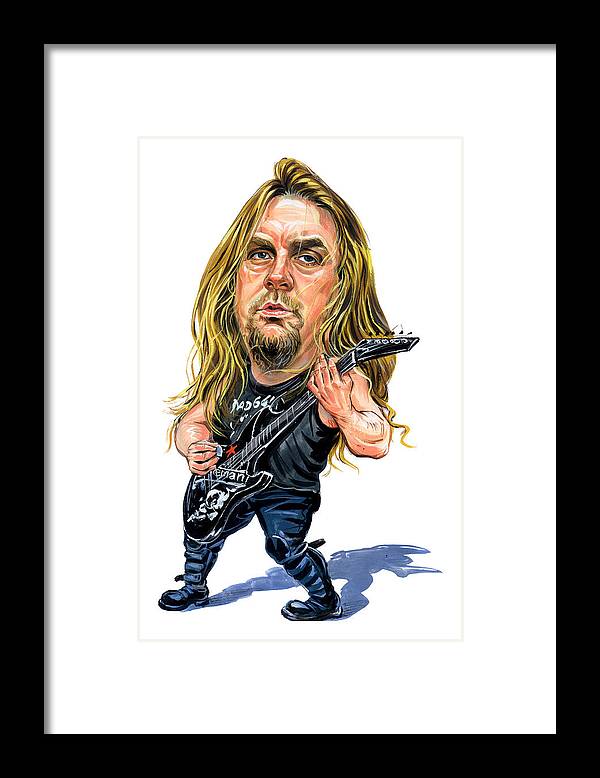 Jeff Hanneman framed print by Art .   Bring your print to life with hundreds of different frame and mat combinations. Our framed prints are assembled, packaged, and shipped by our expert framing staff and delivered "ready to hang" with pre-attached hanging wire, mounting hooks, and nails.

Jeffrey John Jeff Hanneman (January 31, 1964 - May 2, 2013) was an American guitarist, best known as a founding member of the American thrash metal... more

Congratulations on your sale!!!

Jeffrey John "Jeff" Hanneman (January 31, 1964 - May 2, 2013) was an American guitarist, best known as a founding member of the American thrash metal band Slayer. Influenced by punk music growing up, Hanneman stated that the genre influenced Slayer's sound to create a faster and more aggressive approach. His punk influences were also evident through his placement of a "DK" symbol from the California punk band the Dead Kennedys and likeness of Johnny Rotten on his guitar. Hanneman contributed both lyrical and musical material to every Slayer album and wrote the songs "Raining Blood", "War Ensemble", "South of Heaven", "Seasons in the Abyss" and "Angel of Death", which are played at almost every live Slayer show. He had his own signature guitar, the ESP Jeff Hanneman Signature model. Source: Wikipedia.org