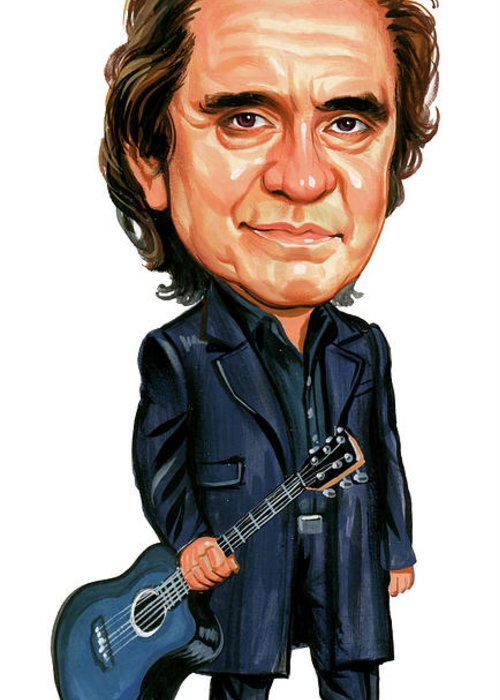 John R. "Johnny" Cash (February 26, 1932 - September 12, 2003), A.K.A. "The Man In Black", was an American singer-songwriter, actor, and author, who has been called one of the most influential musicians of the 20th century. Although he is primarily remembered as a country music artist, his songs and sound spanned many other genres including rockabilly and rock and roll -especially early in his career - as well as blues, folk, and gospel. This crossover appeal led to Cash being inducted in the Country Music Hall of Fame, the Rock and Roll Hall of Fame, and Gospel Music Hall of Fame. Late in his career, Cash covered songs by several rock artists. Cash was known for his deep, distinctive bass-baritone voice; for the "boom-chicka-boom" sound of his Tennessee Three backing band; for his rebelliousness, coupled with an increasingly somber and humble demeanor; for providing free concerts inside prison walls; and for his dark performance clothing, which earned him the nickname "The Man in Blac...