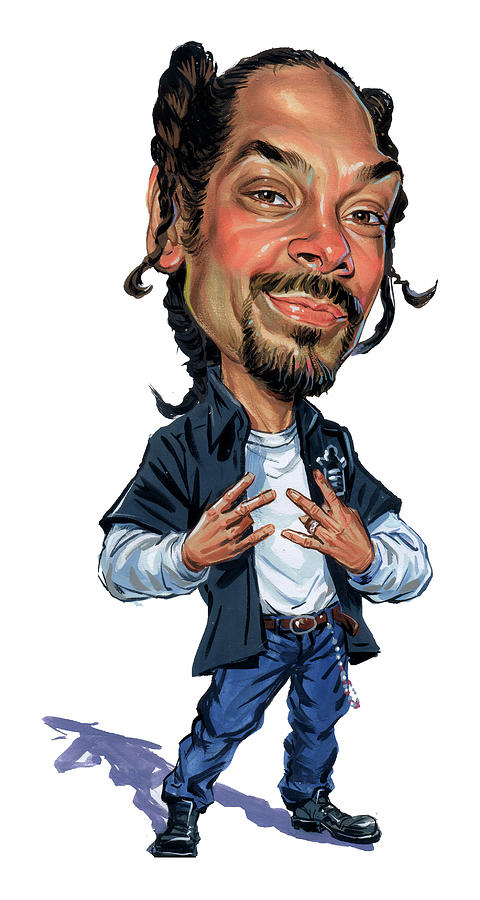 Calvin Cordozar Broadus, Jr. (born October 20, 1971), better known by his stage name Snoop Dogg, is an American rapper, singer, record producer, and actor. Snoop is best known as a rapper in the West Coast hip hop scene, and for being one of Dr. Dre's most notable prot�g�s. Snoop Dogg was a Crip gang member while in high school. Shortly after graduation, he was arrested for cocaine possession and spent six months in Wayside County Jail. His music career began in 1992 after his release when he was discovered by Dr. Dre. He collaborated on several tracks on Dre's solo debut, The Chronic and on the titular theme song to the film Deep Cover. Snoop's debut album Doggystyle, was released in 1993 under Death Row Records making a debut at No.1 on both the Billboard Hot 100 and R&B charts. Selling almost a million copies in the first week of its release, Doggystyle quickly became certified 4x platinum in 1994 and spawned several hit singles, including "What's My Name" and "Gin & Juice". In 1994, Snoop released a soundtrack on Death Row Records for the short film Murder Was The Case, starring himself. In early 1996, Snoop Dogg was cleared of charges over his bodyguard's 1993 murder of Philip Woldemariam. His second album, late 1996's Tha Doggfather, also debuted at No.1 on both charts with "Snoop's Upside Ya Head" as the lead single. The album sold only half as well, being certified double platinum in 1997. Tha Doggfather was his last release for Death Row before he signed with No Limit Records, where he recorded his next three albums. Da Game Is to Be Sold, Not to Be Told in 1998, No Limit Top Dogg in 1999 (making it his last album of the 90s), and Tha Last Meal in 2000, which was his last No Limit Records album. Snoop then signed with Priority/Capitol/EMI Records in 2002, where he released his album Paid tha Cost to Be da Boss. Then he signed with Geffen Records in 2004 for his next three albums R&G (Rhythm & Gangsta): The Masterpiece, Tha Blue Carpet Treatment, and Ego Trippin'. Malice 'n Wonderland (2009) and Doggumentary (2011), his most recent release, were on Priority. In addition to music, Snoop Dogg has starred in motion pictures and hosted several television shows: Doggy Fizzle Televizzle, Snoop Dogg's Father Hood and Dogg After Dark. He also coaches a youth football league and high school football team. He has run into many legal troubles, some of which caused him to be legally banned from the UK and Australia, although the UK ban was later reversed after a long legal battle. He is the cousin of Nate Dogg, Daz Dillinger, RBX and Lil' � Dead and the cousin of R&B singers Brandy and Ray J. Starting September 2009, Snoop was hired by EMI as the chairman of a reactivated Priority Records. Source: Wikipedia.org

Love it. Got this for my friend and put it in a cheap frame from amazon. She absolutely loves it and is a dope pic of Snoop. Artist did a great job and shipping was easy. Would use this website for many other things!

Congratulations on your recent sale!

Wonderful! Congrats on your sale!

wow!!! this is incredible