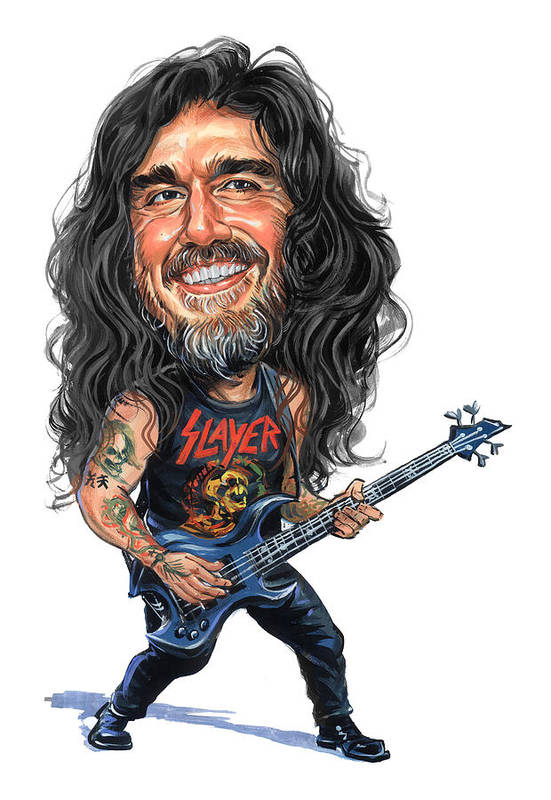 Tom Araya art print by Art .   Our art prints are produced on acid-free papers using archival inks to guarantee that they last a lifetime without fading or loss of color. All art prints include a 1" white border around the image to allow for future framing and matting, if desired.

Tomas Enrique "Tom" Araya Diaz (born June 6, 1961 in Vina del Mar, Chile) is a Chilean-born, American musician, best known as the bassist and vocalist of the American thrash metal band Slayer. Araya is ranked fifty-eighth by Hit Parader on their list of the 100 Greatest Metal Vocalists of All Time. Araya was employed as a respiratory therapist in the early 1980s and used his earnings to finance Slayer's debut album Show No Mercy. Much of Araya's lyrical content is about serial killers, a subject he finds interesting, first making his lyrical contribution to 1985's Hell Awaits with the track "At Dawn They Sleep" . Source: Wikipedia.org