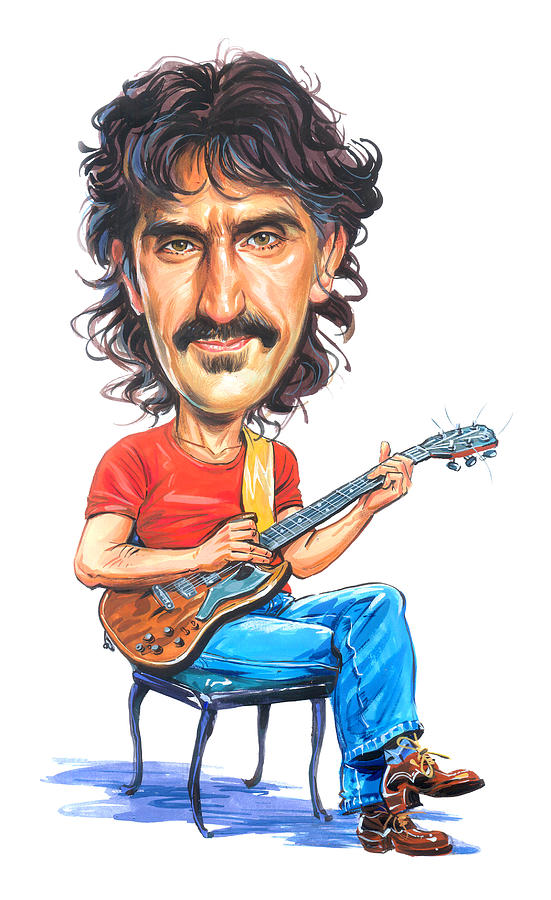 Frank Vincent Zappa (December 21, 1940 - December 4, 1993) was an American musician, songwriter, composer, recording engineer, record producer, and film director. In a career spanning more than 30 years, Zappa composed rock, jazz, orchestral and musique concrete works. He also directed feature-length films and music videos, and designed album covers. Zappa produced almost all of the more than 60 albums he released with the band The Mothers of Invention and as a solo artist. While in his teens, he acquired a taste for 20th-century classical composers such as Edgard Varese, Igor Stravinsky, and Anton Webern along with 1950s rhythm and blues music. He began writing classical music in high school, while at the same time playing drums in rhythm and blues bands; he later switched to electric guitar.
Zappa was a self-taught composer and performer, and his diverse musical influences led him to create music that was often difficult to categorize. His 1966 debut album with The Mothers of Invention, Freak Out!, combined songs in conventional rock and roll format with collective improvisations and studio-generated sound collages. His later albums shared this eclectic and experimental approach, irrespective of whether the fundamental format was rock, jazz or classical. His lyrics - often humorously - reflected his iconoclastic view of established social and political processes, structures and movements. He was a strident critic of mainstream education and organized religion, and a forthright and passionate advocate for freedom of speech, self-education, political participation and the abolition of censorship.
He was a highly productive and prolific artist and gained widespread critical acclaim. He had some commercial success, particularly in Europe, and worked as an independent artist for most of his career. He also remains a major influence on musicians and composers. Zappa was posthumously inducted into the Rock and Roll Hall of Fame in 1995 and received the Grammy Lifetime Achievement Award in 1997. Zappa was married to Kathryn J. "Kay" Sherman from 1960 to 1964. In 1967, he married Adelaide Gail Sloatman, with whom he remained until his death from prostate cancer in 1993. They had four children: Moon, Dweezil, Ahmet and Diva. In 2004, Rolling Stone magazine ranked him 71st on its list of the "100 Greatest Artists of All Time". Source: Wikipedia.org