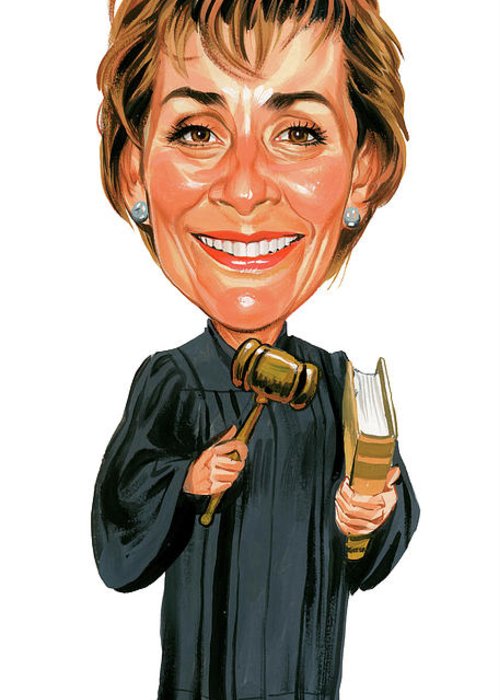 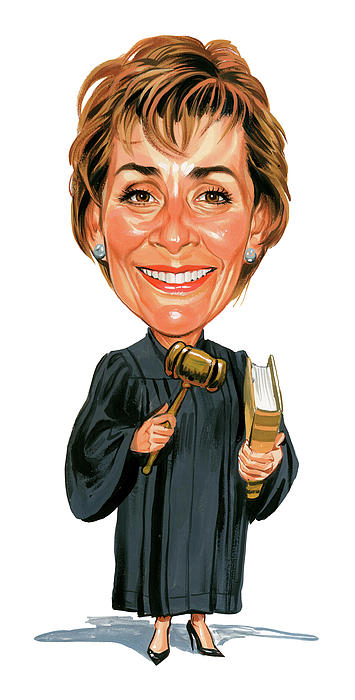 Amazing work. I love it! You inspire me. Have to put more thoughts into my artwork :)

Judge Judy! Love her and love this painting !

Judith Sheindlin, better known as Judge Judy (born October 21, 1942), is an American lawyer, judge, television personality, and author. Since 1996, Sheindlin has presided over her own syndicated courtroom show, Judge Judy, and is well known for her no-nonsense legal style and powerful personality, sharpness, and quick wit. Sheindlin passed the New York Bar examination in 1965, and became a prosecutor in the family court system. In 1982 Mayor Ed Koch appointed her a judge, first in criminal court, then later as Manhattan's supervising family court judge in 1986. Source: Wikipedia.org