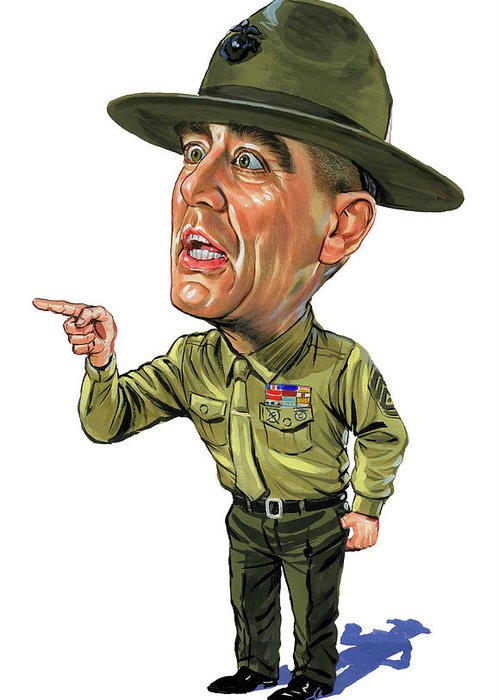 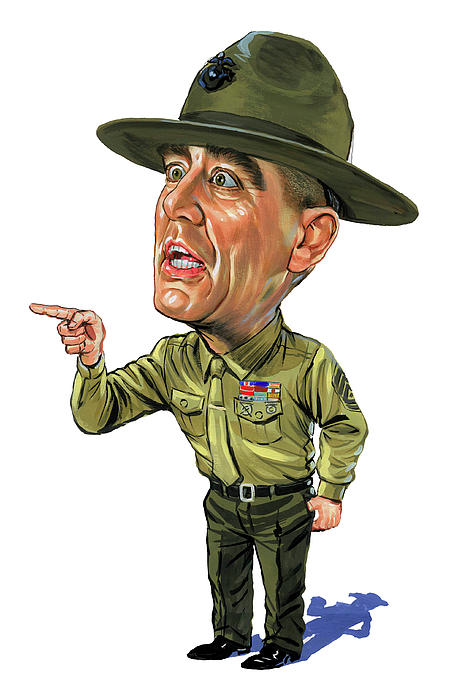 Love it! Congrats on your sale! LF

Congratulations on your sale.

Fantastic work and congrats on your sale.

Congratulations on the sale of your art!

Congratulations for your sale!

That's cool! Congratulations on your sale!

Ronald Lee Ermey (born March 24, 1944) is a retired United States Marine Corps Gunnery Sergeant, Drill Instructor and actor. Ermey has often played the roles of authority figures, such as his breakout performance as Gunnery Sergeant Hartman in Full Metal Jacket, Mayor Tilman in the Alan Parker film Mississippi Burning, Bill Bowerman in Prefontaine, Sheriff Hoyt in The Texas Chainsaw Massacre remake, and plastic army men leader Sarge in the Toy Story films. He has hosted two programs on the History Channel: Mail Call, in which he answered viewers' questions about various militaria both modern and historic; and Lock N' Load with R. Lee Ermey, which focused on the development of different types of weapons. Source: Wikipedia.org